The lawyer spoke about the case of the insurgent extradited to the United States and analyzed the cross-border conflict with Venezuela, the popular struggles in Latin America and the expectation that Álvaro Leyva awakens as new chancellor.

On June 9, 2022 Simón Trinidad won his first lawsuit in the United States. This great achievement was announced by his lawyer Mark Burton in the North American country. On June 19 Gustavo Petro and Francia Marquez won the presidential elections with 11.3 million votes, which is an even more favorable scenario for this Colombian political prisoner who was extradited by Alvaro Uribe Velez 17 years ago.

Mark Burton agreed to answer this questionnaire regarding the demand for assistance from a Colombian lawyer from the Special Jurisdiction for Peace, JEP. The attorney discussed aspects of the cross-border conflict related to Simon Trinidad (because he was born and raised in Valledupar, Cesar, a department that borders Venezuela); offered his analysis of inter-imperialist disputes in relation to popular struggles in Latin America; characterized the war to the death against Venezuela; and the role of Alvaro Leyva Duran as Colombia's new foreign minister.

What does it mean for Simón Trinidad and for the peace process in Colombia that he has achieved this resource and what does it consist of?

-Simón Trinidad, through his lawsuit against the U.S. government, has won the right to consult with a Colombian lawyer about his cases in the Colombian JEP. This means that he can now respond to this high court with the assistance of a Colombian lawyer to guide him in this process.

How long did it take to win this appeal in the United States and what benefits does it bring to Simon Trinidad?

-Simón Trinidad first asked the prison authorities for access to a Colombian lawyer in 2017. It should be remembered that he is one of the most restricted prisoners in the United States and is completely blocked from contact with the world. He has been kept in solitary confinement and is not allowed contact with other prisoners and almost no one outside the prison.

The attorney general's office told us that Simon's lawsuit was the first time a prisoner in the United States had requested access to a foreign lawyer. Fortunately, the U.S. government settled the lawsuit and modified the orders regarding Simon to allow counsel with a Colombian attorney.

What does Simon Trinidad's defense think of the Colombian presidential elections and what is the assessment of the current state of U.S. interference in the Colombian process?

-I think the elections gave Simon's case some hope. The Duque government did everything possible to block the progress of the peace process. Every time the JEP asked the foreign minister for help there was never any response or support. We thought that whoever won the presidential elections would mean some improvement over the current government. With Petro we are hopeful that there will be support for Simón's participation in the JEP.

I am not aware of much U.S. interference in the JEP. Professor Renan Vega Cantor has published articles showing that the degree of U.S. military involvement is much greater than many people believe. So, there is a lot of interference in Colombia's internal affairs, but we have not noticed so much interference in the JEP, for example. In other matters such as the use of glyphosate in the destruction of coca plants, the hand of the U.S. was present.

Simón Trinidad was born and made his political life in Valledupar, Cesar, on the border with the state of Zulia, where Jesús Santrich was assassinated on May 17, 2021 and Gentil Duarte on May 4, 2021. What is the balance on the interference of the United States in 2,219 km of the Colombian-Venezuelan border?

-The U.S. ruling circles have decided that Venezuela must be punished for not being sufficiently obedient to their demands. They punish Venezuela, not because of some claim to be a socialist government, but because it will not surrender control of its natural resources, namely oil.

The United States has attempted to overthrow the Venezuelan government with sanctions, coups by friendly illegal groups, and has created tension on the Colombian border in an attempt to destabilize the country and bring about regime change.

Many of the U.S. military personnel in Colombia are deployed along the Venezuelan border. There have been cases of incursions by paramilitary groups inspired by the Colombian government and the United States. There is also evidence of the incursion of criminal gangs with the support of U.S. and Colombian intelligence into Venezuela.

The idea is to disrupt and destabilize Venezuela and also to attack insurgent groups. There is evidence of criminal gangs infiltrated by the DEA and Colombian intelligence carrying out assassinations of insurgent leaders. One of these criminal and paramilitary gangs calls itself the Tenth Front of the FARC-EP, but it appears to be a tool of U.S. and Colombian intelligence and is not really an insurgent group.

What is the current inter-imperialist dispute around the U.S.-NATO and Russia-China and how do you see this affecting the political and social struggles in Latin America as it strives to be a zone of peace?

Álvaro Leyva Durán was appointed Chancellor of Colombia by President-elect Gustavo Petro. What are your expectations in this regard?

I think the appointment of Alvaro Leyva Duran is a very positive step by President-elect Petro. The new Chancellor was a member of the Conservative Party, is someone who has been involved for decades in peace work with insurgent groups and was a lawyer for the FARC-EP Peace Delegation in Havana.

In my opinion, Petro with this appointment is giving signals that he is serious about talking with the other insurgent groups to resolve the armed conflict and that he is serious about the implementation of the Peace Accord that remains unfulfilled. He demands the reintegration of ex-combatants into society. That is why we believe that the return of Simon Trinidad to Colombia to take his place with the reintegrated ex-combatants is essential. 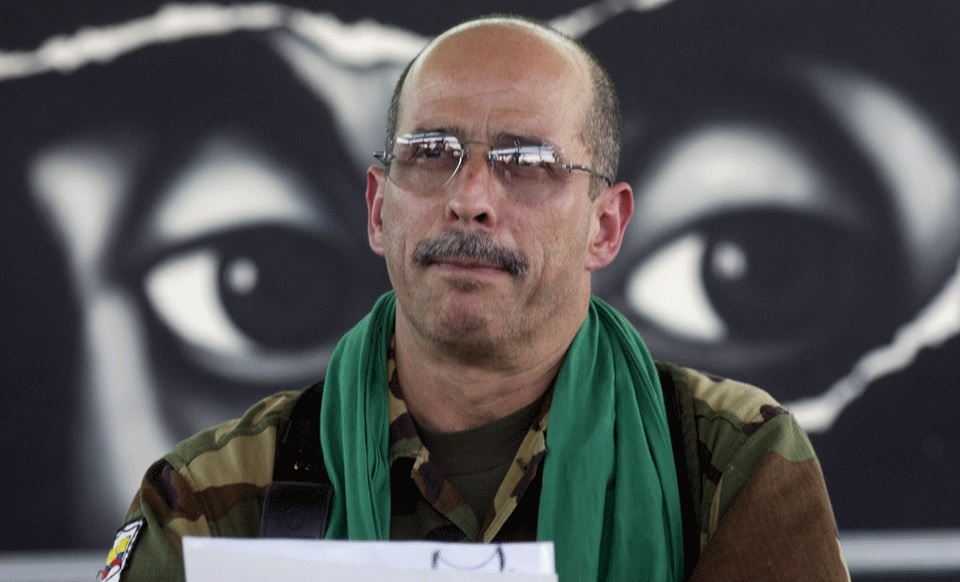 Prisoner Simón Trinidad is a victim of ...